2019 – Winner of the contest « Guillaume Nery, à plein souffle » from the Glenat editions. 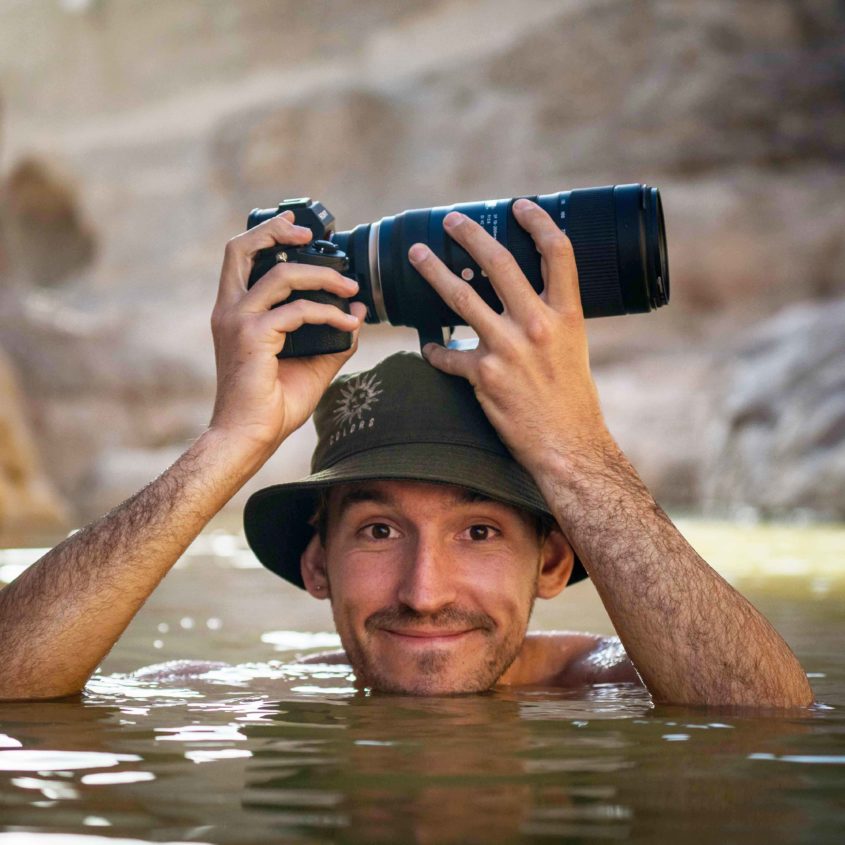 Most of the pictures are available in Fine Art prints (eco-paper 100% cotton, more than 100 years durability), limited edition, signed and numbered.

Léo Coulongeat was born in 1990, he lives between Paris, Bordeaux and Biarritz. Former engineer, he’s a self-taught photographer and Videographer. He’s a member of the press agency Hans Lucas Agency.

In 2016 Leo has been deeply drawn to the desert and its inhabitants during a trip to United States. Traveling in arid national parks was a revelation for him; from then he decided to go outside of his comfort zone.

In 2017 he started his project From Desert : a one year trip around the planet to meet the desert’s inhabitants where he met those who have chosen, or not, to defy these inhospitable lands.

His work on deserts will be published in 2023 in a photography atlas book with the publisher Hachette.

Since 2018 he turns toward the photo essay to testify environmental and social issues. Recently, he went on to different sensitive regions like Lebanon, Algeria or Mexico.

Apart from reportages, Léo naturally turned to the world of sport, which he practices intensively. He has been working with different brands, athletes and adventurers.

Léo has choosen the name “ERISPHERE” as his artist’s name. The god Eris is represented by a violent desert sand storm that rages in Egypt, also called the khamsin, disorienting those in its path. The first time Leo was swallowed by this wind, he felt the natural force of the desert.